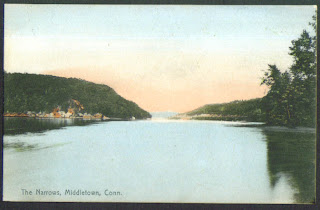 I saw a boy whom I have seen before.

This of course, in itself is not strange.

I see many boys, many people, repeatedly. After all these years my wanderings have taken on a regularity that has astonished even me. I wander in a wide, irregular-shaped circuit, though I have never checked its shape on a map, I have a feeling it is a large craggy oval.

I know too, from the road signs, that I don't venture through any of the United States except for Connecticut and New York.

And I know, from the comments of farm wives and storeowners that my wamderings take me back to the same spot about once each month.

I am a man without a name, but a man whose habits call out to him like the same sort of birthright.

But this boy. I came to know him, and to watch him grow, at a tannery and leathergoods manufactury in Middletown, Connecticut. He would stand by the great pile of scraps as I chose those pieces suitable for addition to my suit of clothes.

Once I saw him in the prison town in Sing Sing. I watched him cross a great field, and I didn't recognize him until he came very close. Of course, when he was that close, he was impossible to mistake. It was the boy from Middletown, grown somewhat, but not out of his features. He still had no beard, and his eyes shone with the brilliance of innocence, as they always had.

He climbed the cliff above, and behind the rock shelter I stayed in, and only saw me when he pulled himself to the edge of the cliff for a look over. Then I ignored him. I knew he was looking at me. I could feel it.

He looked and looked for an hour or so, and then scampered off through the fields, toward the town.

Next day in that town they had themselves a hanging.

When I walked through town people stopped me and said, "Good job, saving that boy, like that."

Others just touched the hem of my coat and said thanks. I began to get frightened that they knew something, or had imagined something about me, that wasn't true, and that sooner or later I would pay for it.

That night I saw the boy again stopped by a gang of roadmen, and I did my best to help, then faded into the night.

I left town the next morning without stopping for my regular meal.

Then, as I was traveling through Middletown, I saw him again. This time he didn't see me, so I watched him.

He stood down by the banks of the Connecticut, and like a boy much younger than the young man that he was, he stood and threw sticks and stones into the slate grey river. It neither stopped flowing nor recognized him.

I sat, nearby, within the cover of a bush and watched him play with the river so for more than an hour. Then he walked up the hill toward the insane asylum, the place I was about to visit myself, for a meal from the kindly kitchen maid.

And I realized that I had seen him there before, as a boy, working for months in the fields and around the buildings.

I began to get curious about who he was, and why he ranged almost as far as I did, when I stopped myself.

Set it down in the diary, I told myself. And forget about it. I have vowed never to get attached to any other human being again.
Posted by Ed McKeon at 4:07 PM