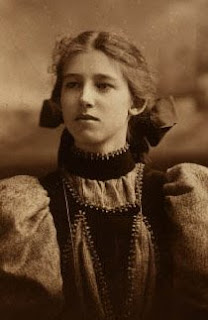 Once we were married, I do not recall how we reasoned that we should keep our marriage a secret. But we came to decide that we would reveal our bond slowly to our families so that they could accept the facts of our marriage. We were naïve to believe they would accept us as a couple.

We made it back to Lyon by nightfall. Marie's aunt was waiting at the door. Smiling as usual. I believe that she knew.

No one waited for me, but the house burned bright when I arrived. It was always so. A light was kept burning by the servants for the last person to extinguish when he arrived.

I sat by a window and let the flames burn for a marriage unconsummated. I sat until the sun rose and put to shame all the tiny flames that burned.

It was our secrecy that was our undoing.

It was our separation that abetted the plotting.

In the end, it was my foolish fear that killed Marie.
Posted by Ed McKeon at 6:15 PM